Festival Republic were looking to create a new late-night dance arena deep within the wooded valley at Leeds Festival. It was here our giant, touring AV installation TOGETHER took on a new identity as LS23 - provding a brand new 360° experience where 20,000 festival go-ers could rave together in the forest after so long apart.

The structure is open on all sides and overhead, allowing for varying audience sizes and an easy flow of people. Audiences can experience the piece from both inside and outside the structure and when inside they are ‘held’ in the space by the 12m rings and the visuals surrounding them, creating the feeling of being together as one.

LS23 is constructed from four x 15m high vertical pillars from which three rings are suspended. The inner of each ring is lined with LED video screen and the base of each ring is made up of diffused LED light. 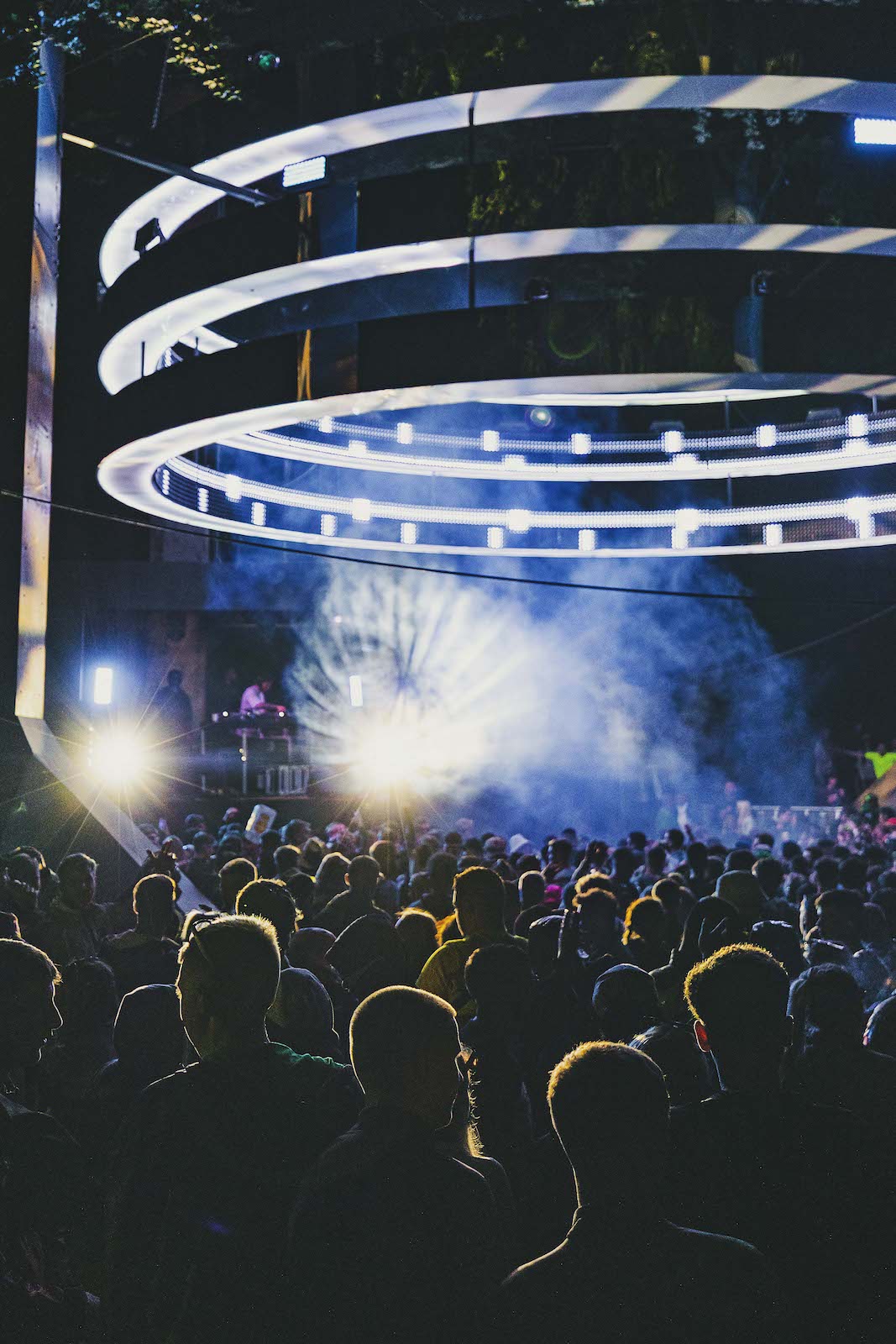 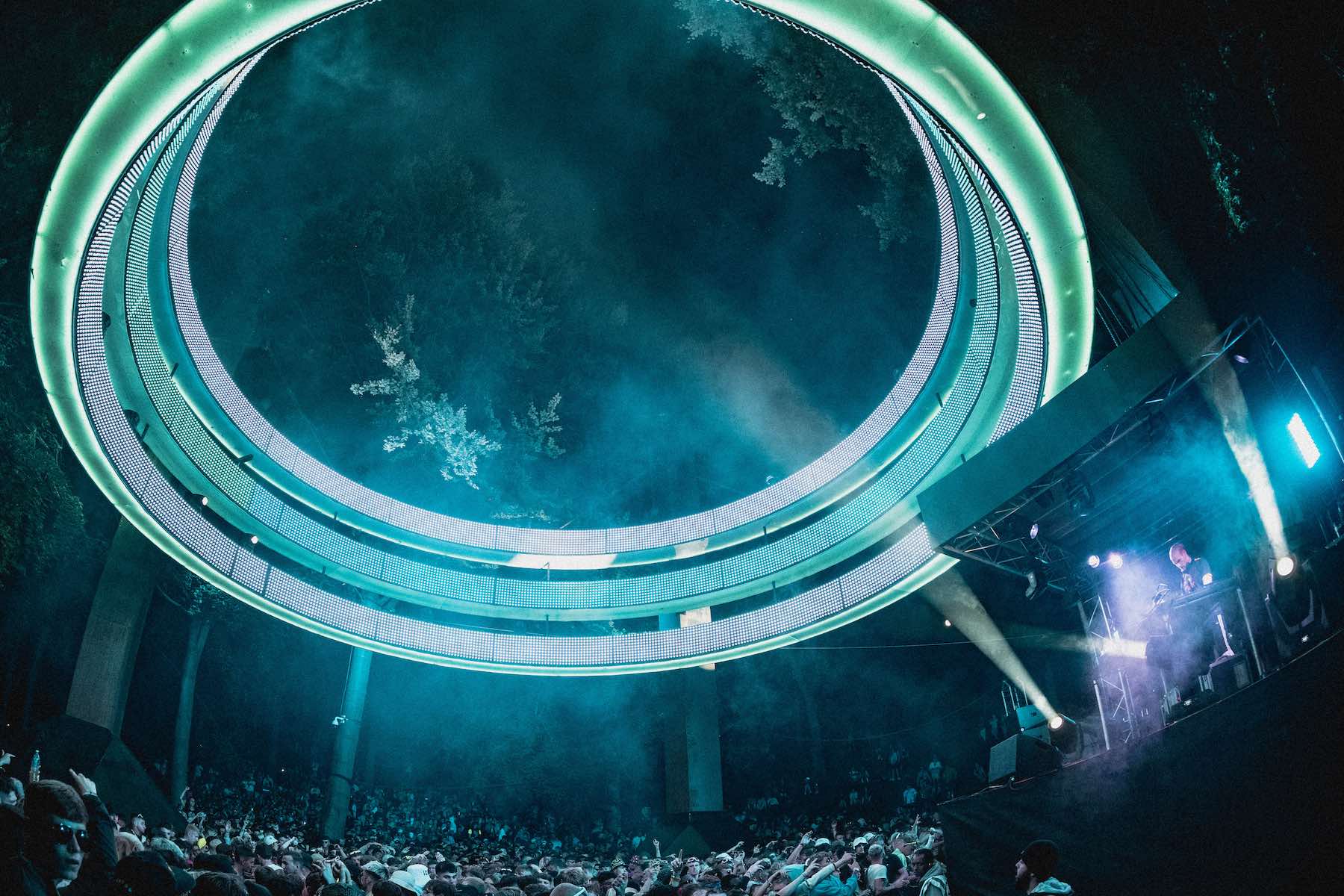 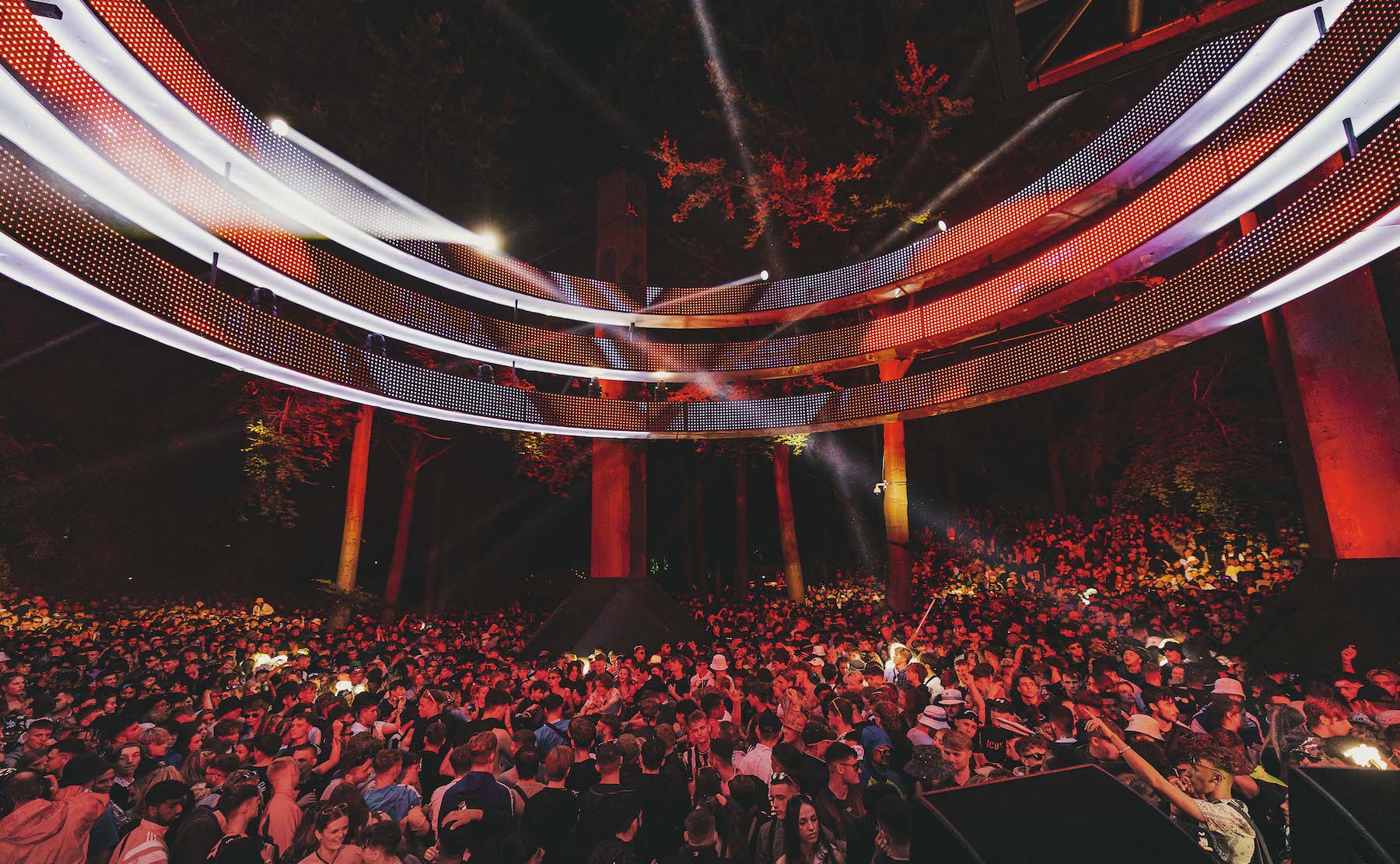 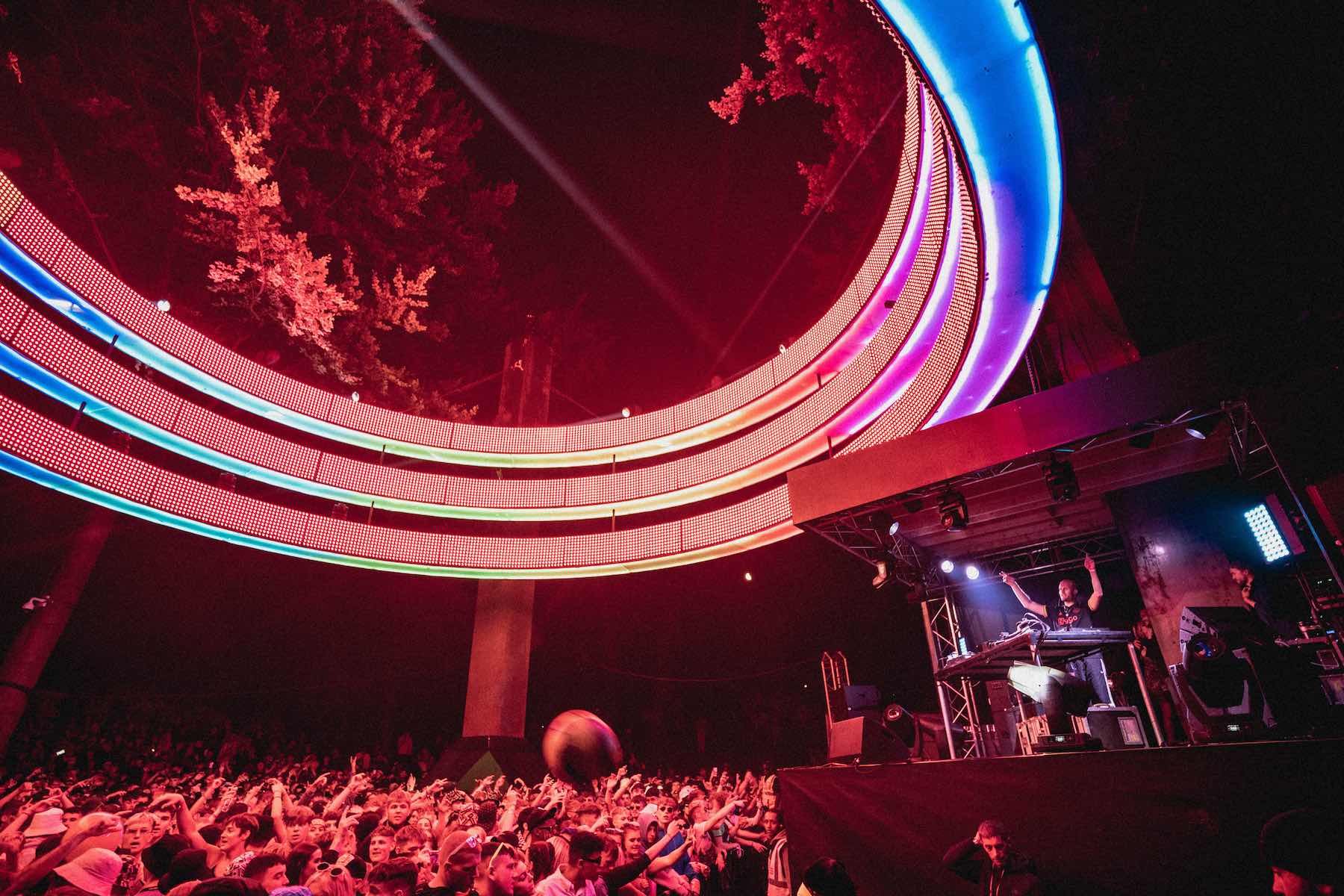 TOGETHER AS A VENUE

TOGETHER can also host live workshops, performances and events. Lucid can collaborate with artists playing in the space to create a bespoke AV show,  incorporating moving text and video content and  can incorporate a 360° architectural lighting show.

Prev
TOGETHER
Next
CROSSROADS